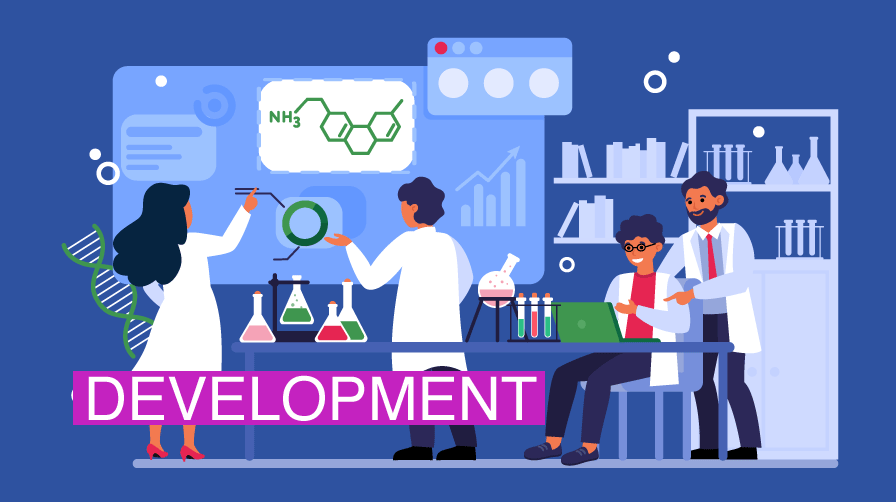 Helping You Reach Your Full Potential!

Product innovation and development are part-and-parcel for hegemony in the field. We find it important to have strong development cycles for growth in product design, research and development (PDR&D) is a key determinant of their competitiveness, as PDR&D drives commercialization, export opportunities and growth.

The PDR&D process is a cycle of continuous improvement over time with iterative feedback and recurring input from development team members as well as executives, sales and marketing groups, and production teams. The process involves four stages: product idea generation; product selection; product development. With a strong interdisciplinary background we are able to provide development services including, but not limited to: failure analysis, product scale-up, formulation investigation, process improvements, and protocol development.

We would love to collaborate with you!